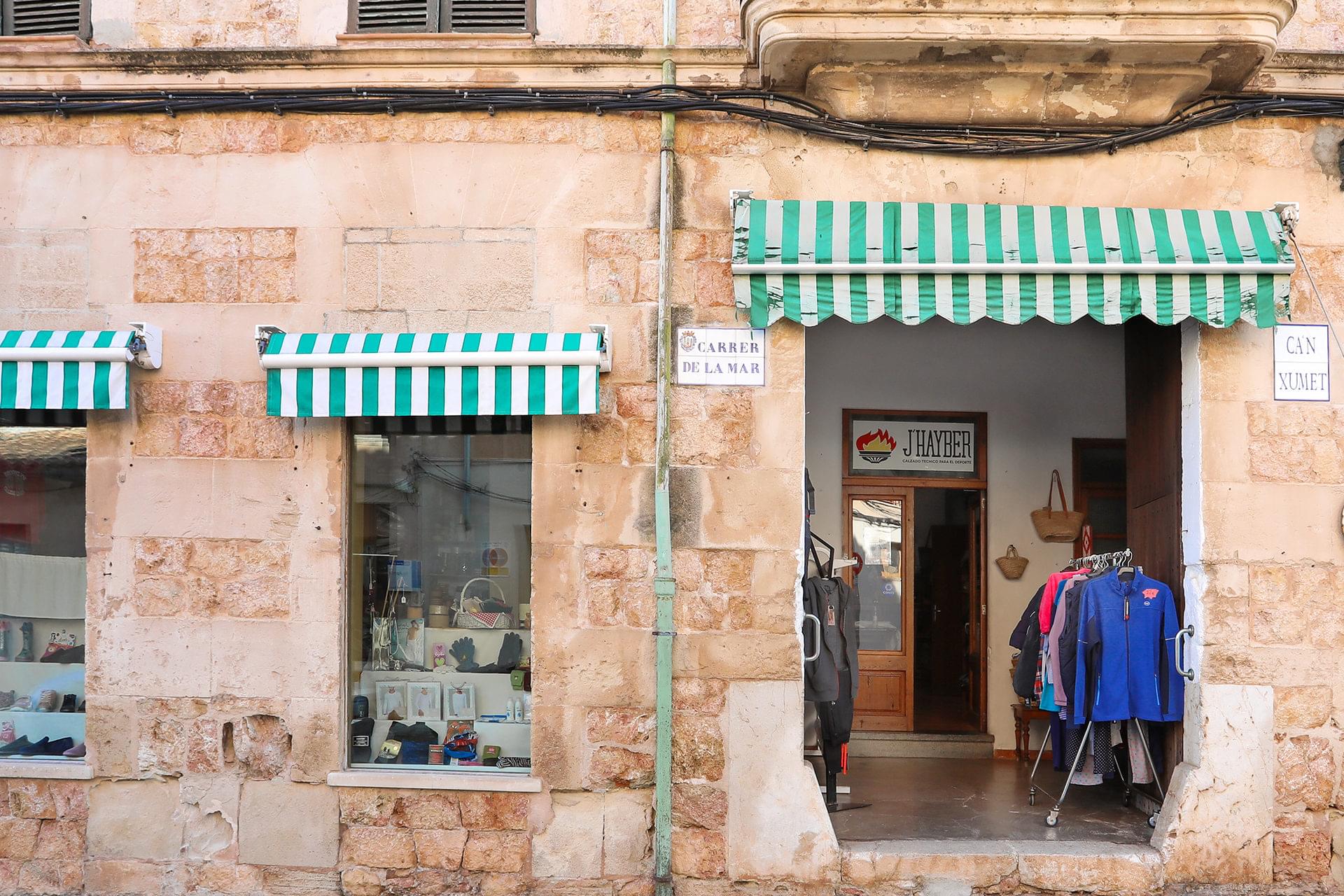 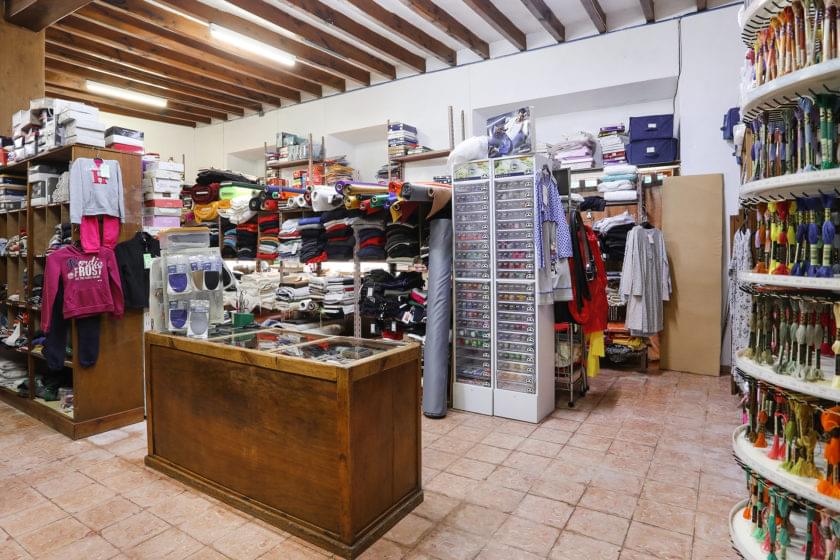 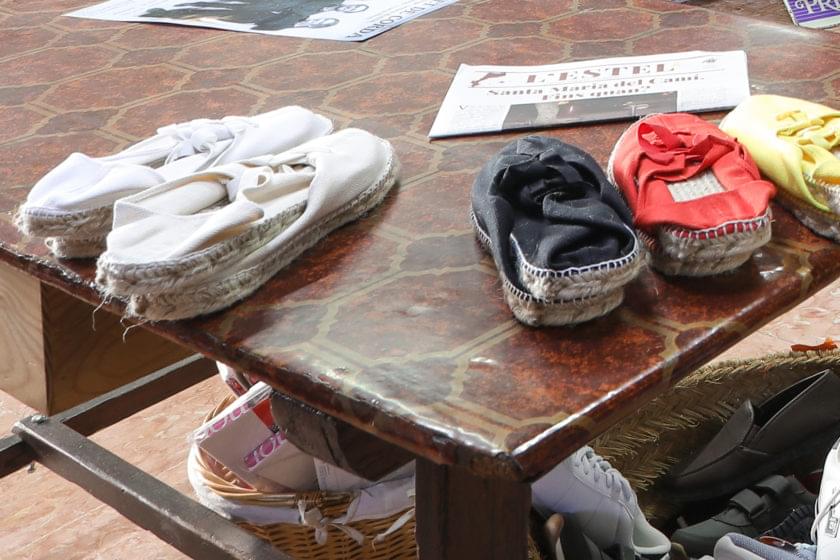 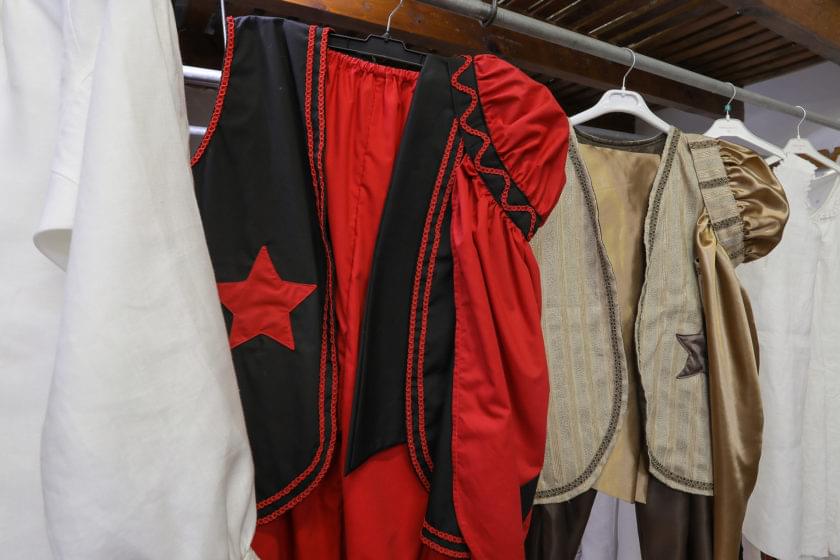 Around 1945 Josep Xumet decided to open a bicycle repair business, as he was a racer and a fan of this sport. At the same time he set up a haberdashery for his wife because his family had businesses of this type. Later, his second wife, Isabel Mir, continued with the business and little by little they expanded the services they offered. When Josep retired, they stopped repairing bicycles and concentrated solely on haberdashery.

Joan Xumet, their son and current owner, still remembers how his mother Isabel used to send him to the sewing machine to see how she embroidered the dresses, which they still sell today, for the Patron Saint’s festivities held at the beginning of August. Nowadays, they are the only ones in Pollença who sell the shoes for the Moorish and Christian festivities, which they bring from an artisan shoemaker in Consell.

He also does embroidery with a sewing machine now: he was the one who learnt how to do it on his own. What he likes most about his work is dealing with people, dispatching products and chatting to the village people. Although it is usually his wife Margalida Vila who does this, he also enjoys taking part in it.